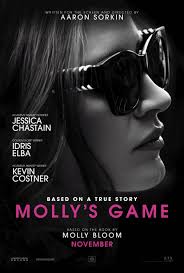 Martin Scorsese directs Leonardo DiCaprio in The Wolf of Wall street a story about the penny stock broker from New York who was dubbed the moniker that lends itself to the title of the file by the Forbes magazine after he got rich quick and was a subject of the FBI investigation.
The movie while winning rave reviews for Di Caprio’s brave performance of Jordan Belfort it is also generating a lot of discussion about and dividing the critics on either side of the debate whether Scorsese glorifies the debauchery and the excess and the life that Belfort led. While the argument does merit a discussion but anyone who looks at Di Caprio’s depiction of Belfort and thinks to himself I want a life like that is wrong in the head from the get go.

The story kicks off with a midget-throwing competition in the offices of Jordan Belfort and it cuts back to his origins where we are introduced to Hannah played by McConaughey who takes Jordan under his wings and shares the secrets of how to make money on the Wall Street and introduces the then greenhorn Belfort to the world of cocaine and circle jerks.
What follows from there on is the rags to riches story that seems pretty incredible and therein lies the attraction to the aspirational attributes of Belfort’s life. A penthouse suite at the trump towers, a huge yacht with its own helicopter, a white Ferrari like that from Miami Vice and the other pleasures that riches bring. Belfort is not shy to flaunt his excesses either and that is where it crosses the line over to the morally corrupt, vapid, believing his own bullshit territory.

Belfort delivers many a motivational speeches to his army of stock brokers and you see the madness to make more money than he can spend in his eyes and DiCaprio is brilliant when delivering those speeches, making you really question his sanity but while still admiring his ability to inspire those around him.

DiCaprio is assisted by Jonah Hill who plays Donnie Azoff a guy who walks up to Belfort in a diner and says show me your paycheck and I will quit my job and come work for you. It goes from there to drug addled insanity after insanity which gets Belfort tied up on an airplane to rendering him nearly dead after he over doses and wrecks his car while driving back home. His blonde trophy wife is played by Margot Robbie who is just as vapid if not more but still manages to evoke some sympathies because Belfort manages to be a bigger Ass. Kyle Chandler plays the FBI agent out to get Belfort and I wish he had been given more material to sink his teeth into.

Therein lies the problem with the movie – the pacing is a bit off – there are scenes that don’t feel honest –like the conversation Jordan has with his father after a blow out over the expenses. It feels forced and just something that the script writer Terrence Winter put in because it was there in the book written by Jordan Belfort. Some scenes feel over long and not entirely necessary – like the board meeting that Jordan is having with his friends over the choice of midgets – it goes on and on and on and serves no real purpose – we have by then already established they are all horrible human beings. There are also scenes that you wish had more time given to them like the one where Denim the FBI agent played by Chandler goes to meet Jordan on his boat.

Also another problem with the script is the lack of any explanation of what exactly was Jordan Belfort accused of. Peddling penny stock is hardly a crime, insider trading is a crime and the shenanigans that Belfort pulls on the Steve Madden deal are worthy of a SEC investigation but where he gets all the cash from is not clear. There is no explanation provided for the cash that Belfort has lying around and that he wishes to put away in the Swiss bank.

When Martin Scorsese and DiCaprio collaborate it is cinematic gold – The Aviator, The Departed, Shutter Island. The Wolf of Wall Street is not in the same league though. While Scorsese tries to stay as close to the story as possible the fact that Belfort is such a despicable human being who rapes and slaps his own wife is not a character you can connect with on any real level. Despite this the movie is immensely entertaining. The one reason why a lot of people are so divided over the movie could be because Belfort does not get justifiably punished for all his crimes and ends up with a resort like jail sentence and a post-jail career in motivational speaking.

This is not a perfect movie in any regards technically or story telling wise but it is finds its wings when Leonardo DiCaprio is in his element, that one scene where he is caught in a dilemma about whether or not to accept the FBI deal is a brilliant piece of acting . Watch it for Martin Scorsese tries something different yet again and does not seem to be bound any particular genre. Watch it because Leonardo DiCaprio is one of the – if not THE best actors working today.