Pete Docter directs the vocal talents of Amy Poehler, Phyllis Smith, Bill Hader, Mindy Kaling and Lewis Black as Joy, Sadness, Fear, Disgust and Anger in Inside Out. The newest animated feature from Pixar takes us inside the mind of 12 year old Riley who moves from Minnesota to San Francisco.

It is baffling how a studio like Disney can, on one hand create bland mess like the marvel multi-universe of superhero movies and then created animated features like Up, Wall-e and Ratatouille with so much heart and innovation. Inside Out sounds a bit outlandish and like an idea that will not translate as well on screen as it does on paper. Can you imagine the difficulty of writing the screenplay where you are constantly cutting back and forth between the actions of riley and the emotions at play inside her head? It could have easily ended up being a voice-over mess with every action and the intention behind it spelled out. But what story writing duo Pete Docter and Ronaldo Del Carmen and the Screenplay team of Meg Lefauve, Josh Cooley and Docter himself come up with is perfection.

We are introduced to Joy as the first emotion when Riley is born and opens her eyes for the first time. And the how over the years other emotions start shaping up. Each moment in her life forms a memory which through jetson-like mechanics of suction tubes is transferred to long-term memory bank. There are major events in her life which form core memories. The core memories create personality islands which define who Riley is. The move from Minnesota to San Francisco throws things in the headquarters off for a spin and Joy who so far has been the primary emotion fuelling Riley is baffled at why Sadness is quickly becoming the dominant emotion. As Joy and Sadness try to work their way back from the long term memory bank we meet Bing Bong Riley’s imaginary friend, visit imagination-land, abstract thought generator, Dream land production, there is train of thoughts and also the memory dump where old memories go to fade and die.

The world inside the head of a 12 year old is  not the only place we visit, there is a sequence where we get a glimpse inside the heads of Mum and Dad and its hilarious. Anger is by far the most hilarious of the lot. Also towards the end we get an Inside Out view into the minds of a teenage boy, a dog, a cat, an emo/goth cool girl and the teacher.

The beauty with which the story deals with the complexities of mixed emotions, growing up, how along with Riley the dominant emotion Joy also grows up and realises the importance of sadness and do I detect a sense of growing partnership called melancholy in the offering? With Puberty and teen-age kicking I am guessing Fear, Anger and Disgust will form a partnership as well. This is what I loved the most about the movie it makes you think of where the story will go once the credits roll. Not necessarily a sequel but just something to think about when you walk out the theatre with a grin on your face.

Kabir Khan directs Salman Khan and Kareena Kapoor Khan in this year’s Eid release Bajrangi Bhaijaan. Critics often scoff at a Salman movie claiming their own irrelevance at a “bhai” movie due to his huge fan-following who will make a beeline for the cinema frothing at the mouth regardless of the absurdity of the plot and Salman’s Bhagwaan Dada inspired Dance moves.

Bajrangi Bhaijaan is the story of Hum Saath Saath Hai’s strait-laced Prem meets Maine Pyaar Kiya’s hard-working-to-impress-the-girl’s-father Prem going on a Gaddar-like mission to reunite a mute 6-year old Pakistani girl with her parents. India Pakistan stories with a Kashmir angle are more often than not laced with political commentary that tends to end up being preachy and sermonizing about the need for peace and how we are the same people made to take opposing stances due to vested political interest. While it tends to tug at the heartstrings a little bit with some of the familiar tropes, Bajrangi Bhaijaan mostly steers clear of the Aman-ki-aasha stereotypes.

Salman khan is having a sort of renaissance where he acknowledges that he isn’t the most talented actor but still manages to infuse a sense of earnestness to his performance. He was phenomenally entertaining in Kick and here too he commits fully to his hunuman-bhakt, stoutly Hindu good for nothing but still a heart of gold do-gooder. Salman is good at being Salman and he makes no effort to put on a Haryanvi accent and I am thankful for that. He keeps the face-pulling to a minimum and his entry with the selfie song is whistle-worthy. Kareena Kapoor Khan is blissfully underused. And in the time she spends on screen she is not unbearable. Nawazuddin Siddiqui stars in a small but crucial role in the second half as Chand Nawab a small time freelancing reporter who is chasing a breaking story which will earn him some credibility with the news channels. But the real hero of the movie is Harshaali Malhotra the young girl who plays Shaahida/Munni. There is no doubt she is one of the cutest kids to ever grace the Bollywood stage, but she manages to lighten the mood and make Salman’s quirks seem charming instead of childish. The little girl has a screen presence that dwarfs even that of Bhai’s and that is no mean feat.

The cinematography by Aseem Mishra is spectacular. He manages to capture the beauty of Kashmir for what it is always thought to have been. This is not the harsh landscape of Vishal Bhardwaj’s Haider but reminiscent of RK’s Heena. In fact the open scene of Shaahida playing on the slopes of her village reminded me of Zeba Bakhtiyar’s introduction to the tunes of “Mein hoon khushrang heena…” Julius Packiam’s background score especially during the chase sequences is worthy of the Hollywood scores, but it does tend to overpower in certain scenes and a slight restraint would have worked wonders. Of the songs Selfie Le le is a guilty pleasure and a worth entry song to The Bhai of Bollywood but the one song that stayed with me is the Adnan Sami Qawwalli, Bhar do Jholi meri. Story writer Vijayendra Prasad is having quite a purple patch with both Baahubali and Bajrangi Bhaijaan having a successfully run at the box office. The story works well mostly with no gaping plot holes. A tighter edit in the second half would have made the movie land more of a punch. It does seem to drag on for a bit with the scenes with Om Puri and entirely unnecessary flab that could have and should have been cut. 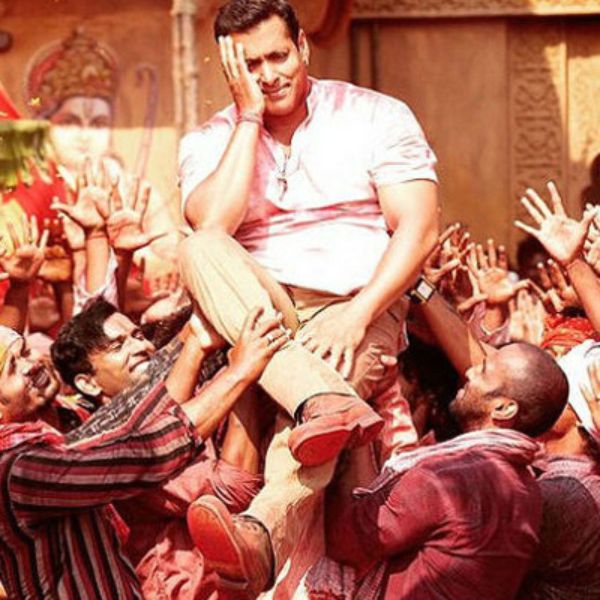 Put your prejudice aside and go enjoy a well-crafted, and decently acted movie that manages to entertain like only Salman Khan knows how to. Here’s looking forward to next Eid for Sultan!